Skip to main content
Dr. Tamara is the Executive Director and Chief Spirituality officer at Rabata Inc. She spends her days and nights working to uplift and educate Muslim women around the world. She also drinks a lot of black coffee and strong tea. Dr. Tamara has read the Harry Potter series numerous times and considers herself a Griffindor. Her favorite characters are Hermione Granger, Professor McGonagall, and Snape. She is interested in women’s issues, religious leadership, and cultural change. 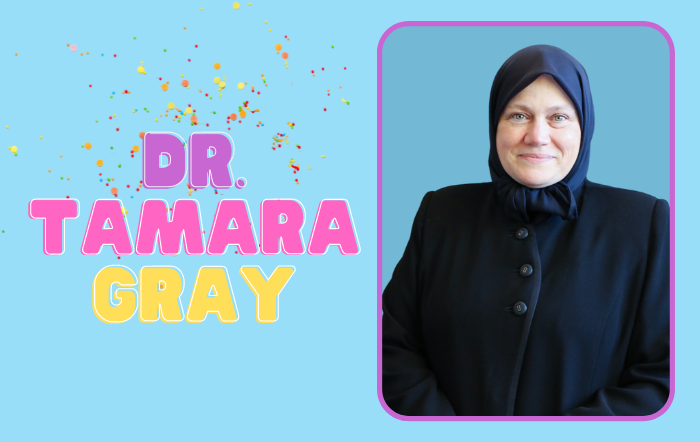 Eamaan Rabbat was raised in the United States and in Syria, where she benefited from renowned female teachers of the Islamic sciences, including tajwid, sirah, hadith, fiqh, and aqīdah. After moving to the United Arab Emirates, she earned her Bachelor’s in Mass Communications with concentrations in Advertising and Journalism and later earned a Master’s in Educational Leadership and Administration. Since graduating university, she has dedicated her time to the education and upbringing of children and adults. She has held various positions in educational institutions and schools, and volunteered at various educational centers. She has been honored to serve as Director of the Ribaat Academic Institute since its inception in Fall 2013 and presently serves as Rabata's Education Director. 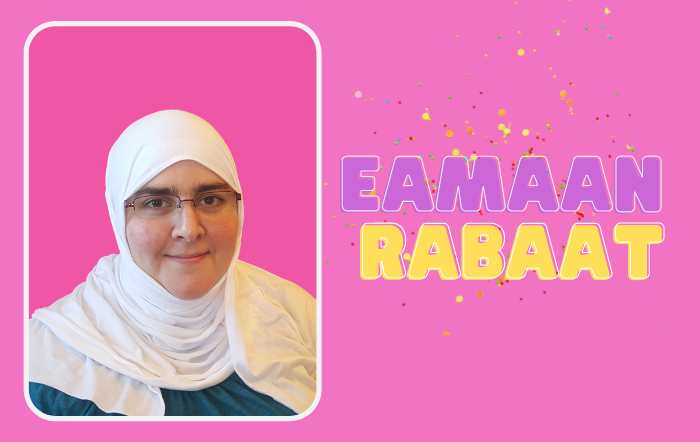 Hanan Amaira is a native of Southern California who enjoys reading, hiking, and traveling. She holds a BA in Mass Communication and a Master of Science in Communication with an emphasis in Public Relations. She works in the field of communication and is passionate about sharing her knowledge through education and community work. She is currently the Youth Program Coordinator at Rabata, and is a strong advocate of promoting positive cultural change to Muslim teens and kids. Aside from her work, Hanan enjoys cooking with her husband and three kids, and spending time with her family and friends. She also volunteers at local non-profits and spiritual groups and focuses on maintaining a balanced lifestyle through healthy eating and exercise. 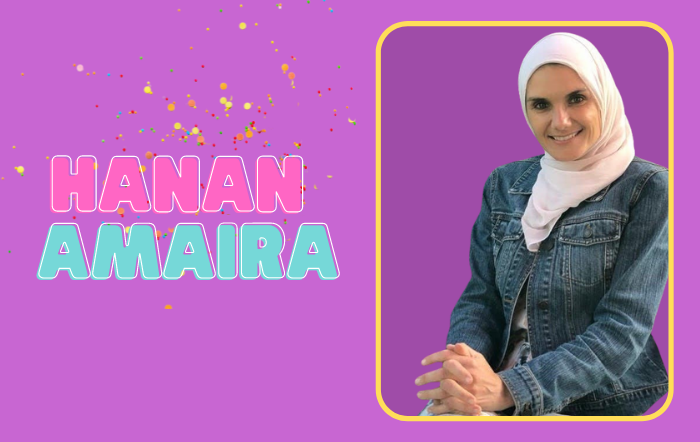 Tayyaba Syed is the multiple award-winning author of the children’s picture book The Blessed Bananas. She has written for 20+ book titles for Muslim kids including Encyclopedia Britannica. As a journalist, her bylines have been in numerous publications such as NPR, Chicago Parent and Islamic Horizons. She is an active volunteer for Rabata, teaches writing to communities everywhere, leads a local women’s halaqa, and performs readily as a fun storyteller. She has worked as the Creative Developer for Noor Kids educational books and as a co-author for the Jannah Jewels chapter-book series. As a public speaker, she has conducted 100+ literary and faith-based presentations from all over the U.S. to Qatar and Turkey. Recently, Tayyaba completed the Ribaat Teacher Certification through the Ribaat Academic Institute. She lives with her husband and three children in Illinois. 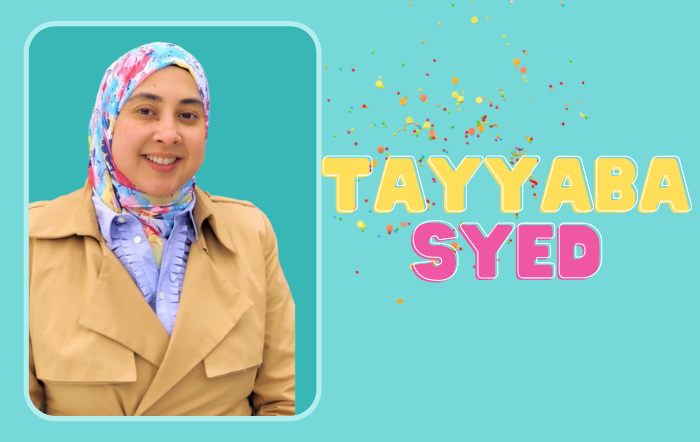 Hafsa Abdul-Hakeem resides in New Jersey and works for a non-profit organization. She has a passion for islamic studies and Quranic Arabic and has travelled to 3 countries seeking to grow and learn the beauty of the faith, she remains a student of Islamic studies and teaches Quran classes online. Currently her work is focused in social services as a Case Manager and a Pantry Coordinator, “Come volunteer at your local non-profit! We’d love to have you!!”. She is a mom of two and a lover of the outdoors. You can catch her with her with her son hugging trees while hiking. She continues her Islamic studies with Ribaat and in 2020 completed the Ribaat Teacher Certification through the Ribaat Academic Institute. 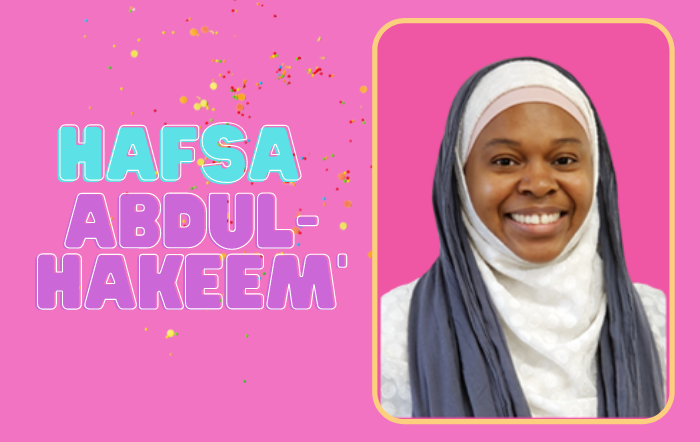 Dr. Farhana Yunus is a mother of 4 boys and 1 girl, an optometrist, and has completed the Ribaat Teacher Certification through the Ribaat Academic Institute. She has taught clinical nutrition at St. Mathews medical school. She loves teaching and empowering young boys and girls as both a Boyscout and Girlscout troop leader. In her free time, she loves to travel, read, go fishing, kayak, and try new recipes. If she could have any superpower it would be to fly (which is interesting because she is afraid of heights). 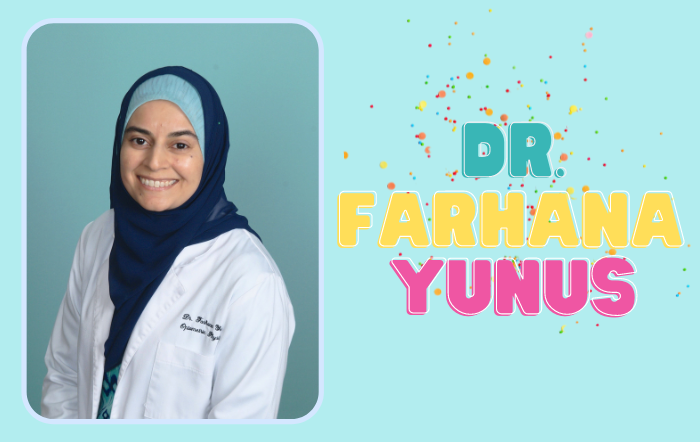 Soofia Ahmed is a teacher and a real estate agent residing in Chicago, IL. She graduated from Elmhurst College, majoring in Secondary Education/English Literature and minoring in Intercultural studies with a focus on social justice. She also has a middle school history teaching certification. She's led teaching initiatives for street children in India, taught in UK Islamic schools, where she and her family resided for almost 8 years, and has taught in both public and private schools in the US. She loves horses, even though she's madly allergic to them and enjoys spending her free time exploring nature with her three beautiful bairns. She is currently a student at the Ribaat Academic Institute pursuing a Ribaat Islamic Studies Teacher Certificate. 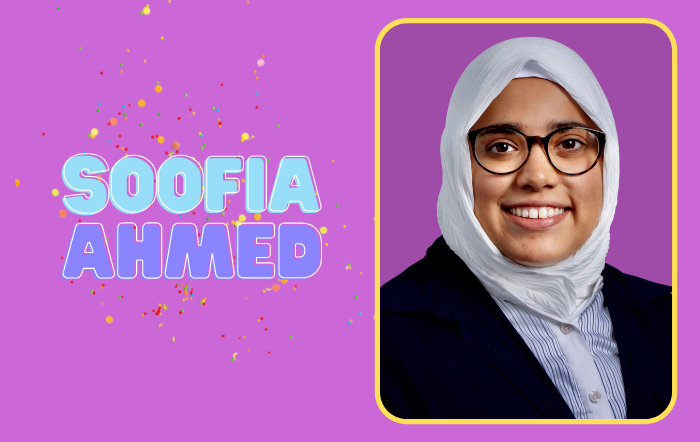 Eman was born and raised in Montreal, Canada from Haitian parents. She is currently a student at the Ribaat Academic Institute where she is studying sacred Islamic Sciences and Arabic. Eman is one of the lead admins on the popular Muslim Women Convert Circle FB page, exclusive to convert women of all backgrounds and locations. She is also responsible for the Black History Month and Women's History Month Rabata campaigns and Rabata French Facebook page. Eman resides in Toronto with her two beloved children and husband. 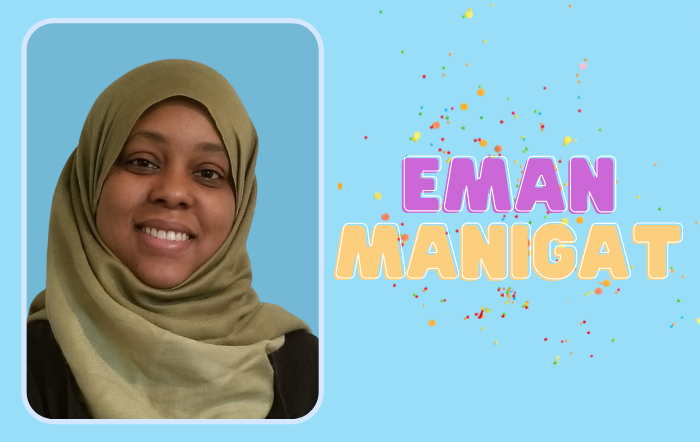 A Colorado native with a Dallas residence, Zaina has a degree in Math and Secondary Education. She also studied in a full-time Arabic program. She has taught multiple subjects to middle schoolers. Zaina loves everything coffee and Harry Potter. She is a mom to a 3 ½ year old daughter and an almost 2 year old son who both keep her happy busy. Zaina has completed the Ribaat Teacher Certification through the Ribaat Academic Institute. 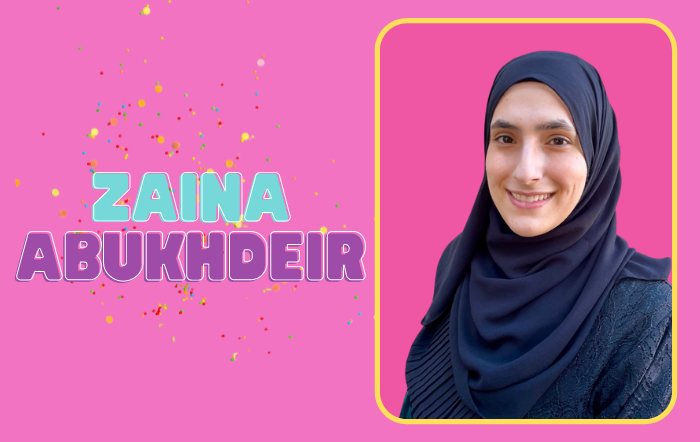 Kiashe Pugh converted to Islam as a freshman in college, while attending Rutgers University, where she double majored in Psychology and Biology. After graduating she taught for a year and then went to the Middle East for nearly two decades with her family. She studied Tajweed, learned an appreciation for loving Allah’s Messenger, and took care of her family. Anse Kiashe continues to seek Islamic Knowledge and she enjoys reading, traveling, and cooking for family and friends. 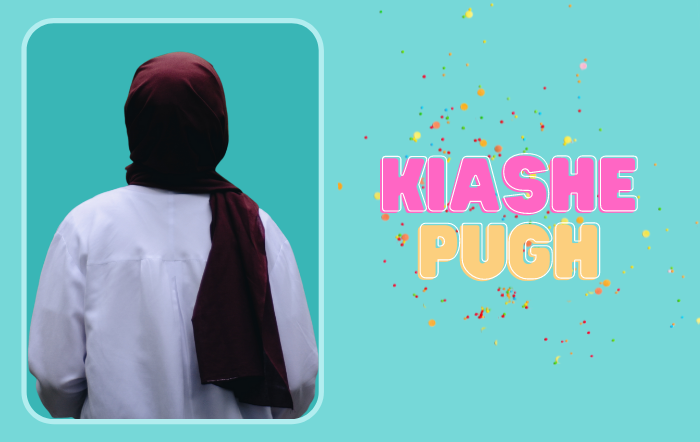 Afshan Malik is a Chicago native turned southern belle who loves Dr. Pepper, long naps, and historical novels. She holds a Masters degree in Nonprofit Management and a Bachelors degree in English Language & Literature. Afshan serves as the Director of Development at Rabata and is the author of the 2019 young adult novel Pieces. Afshan currently lives in Houston with her husband and 5 children. 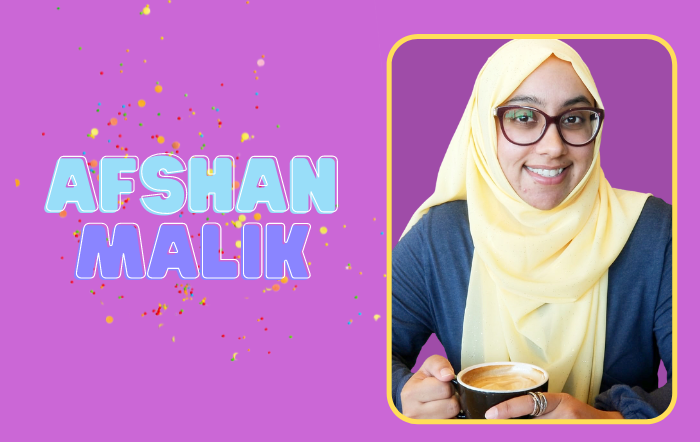 Michelle Marie is an accomplished vocalist and songwriter. Growing up in Akron, OH she attended performing arts middle and high schools. From there she continued her studies in Virginia, where she toured the east coast performing classical repertoires. She not only loves to perform, but is an advocate and consumer of the arts. She enjoys traveling, science fiction and mystery books, and just spending time with people that she loves. Currently she serves as the Editorial Assistant for Daybreak Press Publishing, while also studying Arabic and Quran in Egypt. 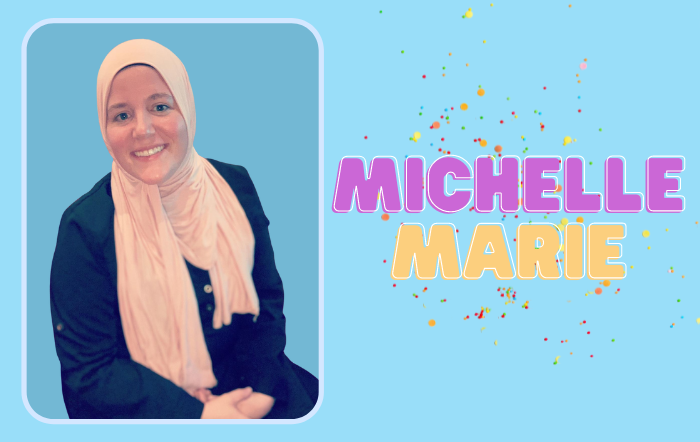 Approximately two decades ago, New Jersey mom of 4 and educator Fadiyah Mian embarked on the journey of a lifetime to study Islamic sciences in Syria. During this period, she completed her training in tajwid and received her ijaza from the late Shaykh Muhyi al-Din al-Kurdi and currently teaches tajwid through Ribaat. While there, Fadiyah also studied under the guidance of Anse Tamara Gray. Fadiyah is one of the graduates of the first graduating class of Ribaat. Through her coursework, Fadiyah found spiritual grounding and increased blessings in her time and her life. She also volunteers as lead of Rabata's Circles of Light worship program. In her spare time she enjoys gardening, hiking and spending time with family. 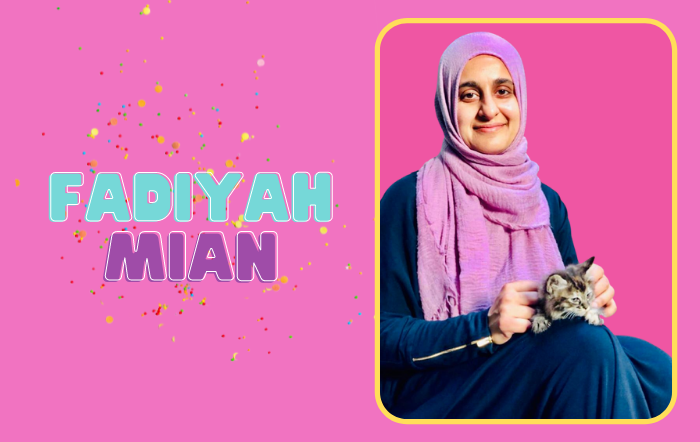 Dana Nass is a dedicated educator who has a passion for empowering Muslim youth to become the best versions of themselves. Dana spent her early years in the United States and returned to Syria for 16 years and studied traditional Islamic education. She earned a bachelor’s degree in Arabic Literature from Damascus University. Dana returned to the United States and settled in Arizona. She immediately was drawn to community service as a board member and educational director for six years at ICNEV where she led numerous women and youth programs in empowerment, mental health support, religious identity, community outreach and interfaith groups. She recently earned a master’s degree in Psychology with an emphasis in Life Coaching from Grand Canyon University. Dana is the proud owner of Envision Youth center, and a partner of Grow Together, mentoring Muslim youth in foster care that are disconnected from their faith community. Dana had recently joined an effort to establish the first Muslim Community Senior Center in Greater Phoenix. She enjoys continually finding ways to serve her community. Dana loves coffee and crocheting; she takes her hooks and yarn wherever she goes. 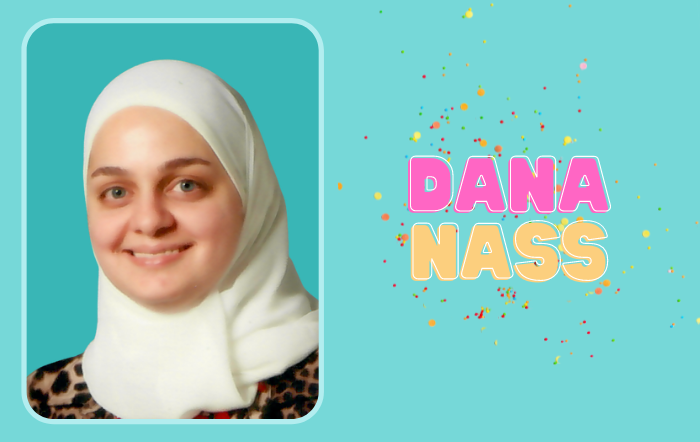 Carla was born and raised in the San Francisco Bay Area, where she attended San Jose State University and received her B.S. in Health Science. She has worked in the nonprofit field for over 10 years, where many of her roles have allowed her to provide community mentorship and outreach. She is currently working on completing her Ribaat Teaching Certificate while homeschooling her 3 kids. Carla enjoys hiking and backpacking with her family while discussing and exploring Islamic teachings. Carla takes a holistic approach to education, placing a high importance on fostering personal development and empathy in the youth. Both her daughters have been part of Dragonflies since its inception, and she’s looking forward to teaching and learning with the students. 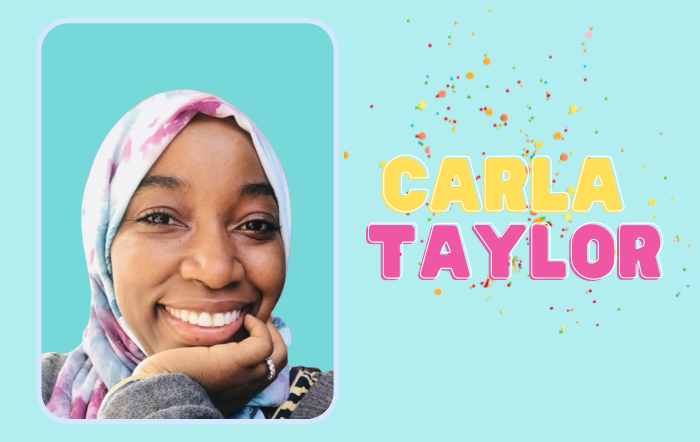 Aqsa Akram is a native of New Jersey. She holds a Master of Science in International Business, as well as a Master of Business Administration, with a concentration in Finance, and is currently employed by a business process outsourcing multinational company. She is currently a student at the Ribaat Academic Institute where she is studying Islamic Sciences, Arabic and Tajwid. In her spare time, she loves spending time with her family and friends and re-reading and re-watching Harry Potter! 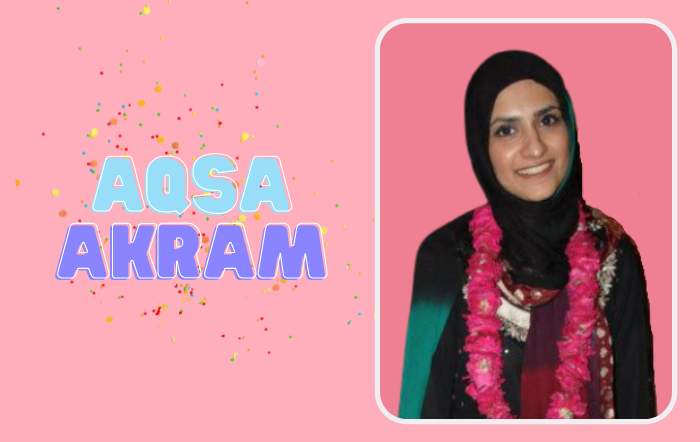 Ms. Saima was born and raised in Chicago, IL. She received her Bachelor’s degree in Elementary Education from the University of Illinois at Chicago in 2005. She is married and has three children, and has taught for 15 years. She is passionate about creating culturally responsive and equitable teaching content for students of all backgrounds and abilities. She has volunteered for many grassroots Muslim organizations, and is a current active volunteer for Rabata, for which she creates educational content. She enjoys reading books, studying history, and traveling with her family. 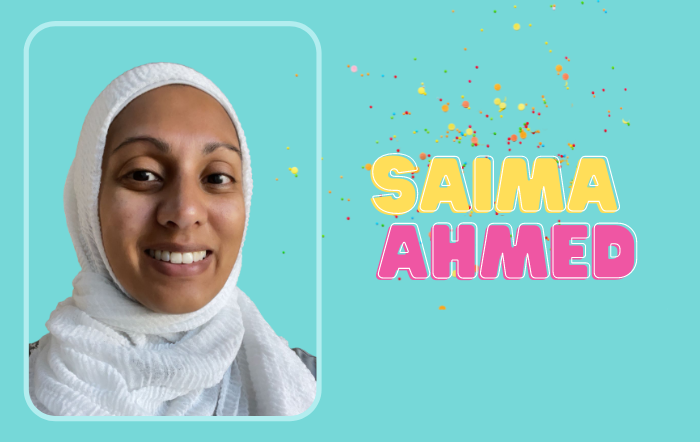